Since the beginning of our operations in the 1980s, the VMD Group has invested in people and their communities, promoting economic development throughout the country.

Building Angola’s future requires knowing its past. For over 35 years, we have identified gaps in the Angolan economy and invested in companies to fill them. From shopping centers to transportation to hospitals, we structure investments and businesses across a wide range of industries.

Today, we directly employ over 6,000 people and contribute to the employment of thousands more.

We invest in employee education and skills training, and follow a formal Code of Conduct guided by the World Bank Integrity Compliance Guidelines.

We believe that Angola can only thrive if opportunity is available throughout the country, and that’s why we invest in projects in all 18 provinces of Angola. We work with investors and partners both inside and outside Angola to build relationships and create more investment opportunities.

Valdomiro Minoru Dondo first visits Angola – as the representative of a supermarket chain – to facilitate the Angolan government’s bulk purchases of food staples.

The VMD Group is founded and its main commercial activity is trading of food staples.

The VMD Group establishes the first and largest private transportation company in Angola.

The end of Angola’s civil war brings economic liberalization as the nation shifts toward private ownership of business. The VMD Group begins investments in foundational sectors such as healthcare, banking and IT services.

With backing from the VMD Group, Belas Shopping, Luanda’s first shopping mall – covering an area of almost 120,000 square meters – opens to the public.

The VMD Group leads the Angolan National ID Card Program project, creating a database and enabling the enrollment and distribution of modern biometric ID cards to the entire population.

The VMD Group and international investment partners open the Luanda Medical Center, a state-of-the-art private hospital in the Angolan capital of Luanda.

VMD Group-owned gold mines in Cabinda become the first mines to industrially produce and export gold since the 1970s, a testament to the VMD Group’s contribution to economic diversification.

As government reforms further strengthen Angola’s climate for private investment, the VMD Group continues to expand and diversify its portfolio with investments in agriculture, mining, oil and telecommunications.

Born in Brazil, Valdomiro Minoru Dondo’s ties to Angola began in 1984 when, in his capacity as director of trading for the Brazilian food company Disco Supermarkets, he helped facilitate the Angolan government’s bulk purchases of food staples during the civil war. Through this work as a trader of agricultural commodities and related goods over many years, Minoru strengthened his ties to the businesses, culture and people of Angola, eventually making the country his home.

Minoru has contributed to the growth and economic diversification of Angola through myriad businesses, investments and charitable endeavors. At a time when Angola’s economy was dominated by extractive industries, Minoru foresaw the potential for a robust consumer sector, founding the country’s first shopping mall and first Luanda-based cinema. Minoru has also invested in construction and real estate, and played a critical role in the development of Angola’s burgeoning healthcare and urban transportation systems.

Along with his commercial interests, Minoru has contributed to an array of philanthropic projects. He is a leading sponsor of the Miss Angola pageant and its broader efforts to empower women and raise HIV awareness. Minoru also founded the Luanda Music School, which, as the first music school in the country, has been a major contributor to the revitalization of the arts following Angola’s 27 years of civil war. Minoru has also helped fund a wide array of hospitals and schools throughout the nation. 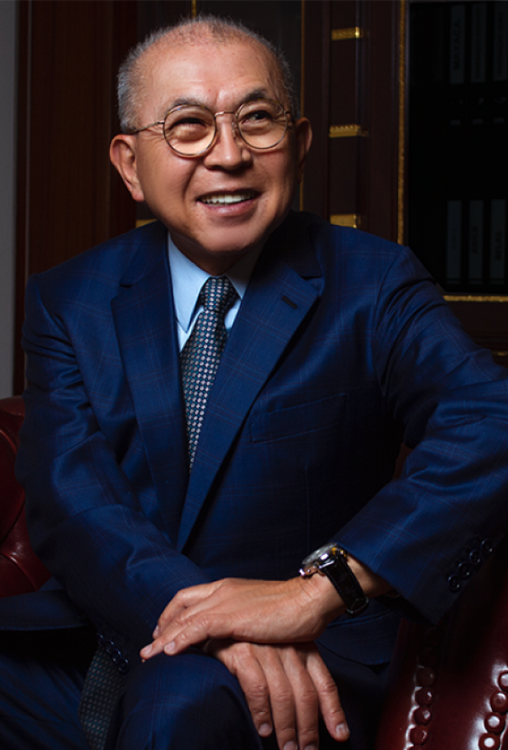